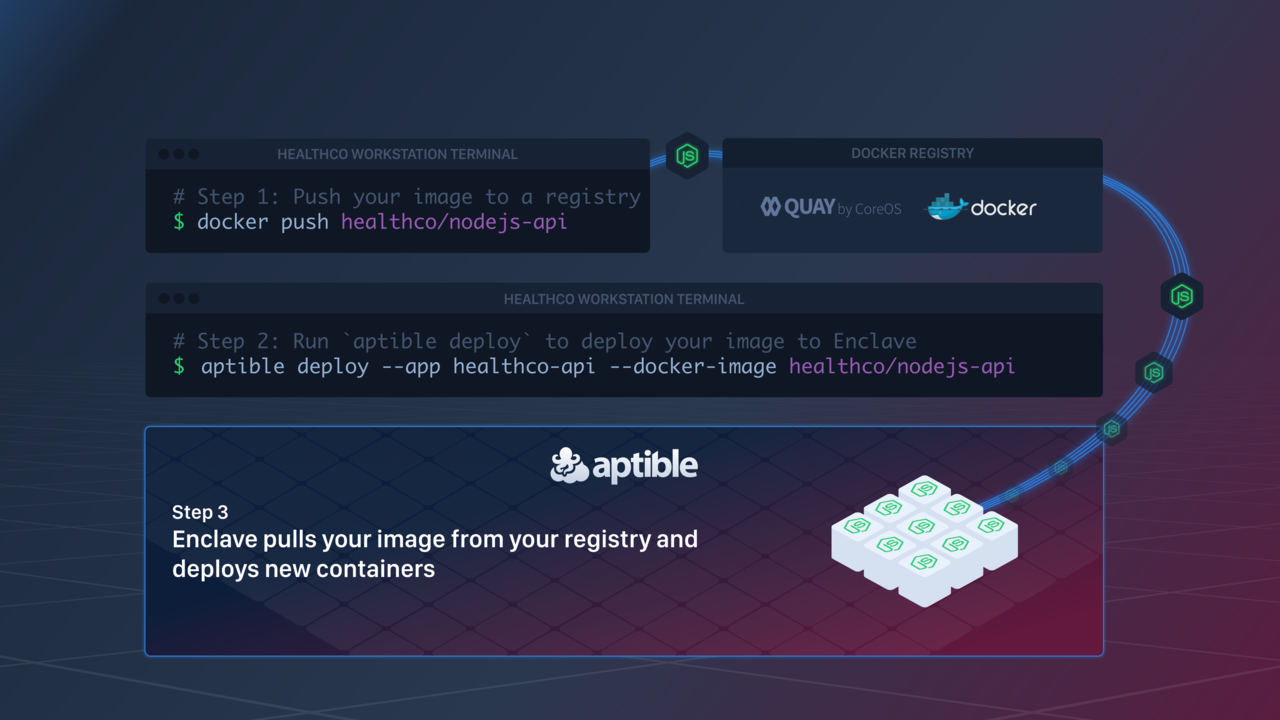 If you need absolute control over your Docker image's build, Aptible lets you deploy directly from a Docker image.

The workflow for Direct Docker Image Deploy is as follows: